We must start with our appreciation of the tremendous work of Jiri Skrivanek and his staff for the superbly organized hosting of the Lovosice and Litomerice sites.

The day and evening long festival atmosphere around the main arena was well enjoyed by all on a daily basis.

We also must thank Simona Dzugasova of the WBHF for her tireless work leading up to the event and during it.

The 2017 WC marked a turning point in the rapid rise of the WBHF as the true voice of players around the world. Highlights included the enthusiastic showing of the Hungarian women, providing inspiration to aspiring female athletes in other nations.

The arrival of Russia is the largest strategic hockey partner that has been absent from the international scene of our sport. The Men’s B-Pool Gold medal win demonstrated their remarkable progress over the seven day period as they adapted their skills to ball hockey against some of the world’s best.

We now look forward to having the Russian women’s team participate at our next World Championship.

The overall strength of the Czech teams at every level loudly pronounced the coming of an important corner stone nation of the sport. Capturing silver in Men, Women and Masters, the world renowned Czechs did not disappoint and are certain to challenge for the foreseeable future at WBHF championships. Participants and spectators alike who viewed the events commented that these were the better Czech teams. Perhaps the best in 20 years, in my opinion.

One of the top ball hockey players in the world, Bobby Housser of the USA, stated that unquestionably the Czechs and Canadian teams he faced in the WBHF championships were the best of 2017.

All three finals were of outstanding caliber, drama and excitement. The Masters champion Czecho-slovakia required a late goal to avert overtime and claim Gold.

The Canadian women fell behind early and had trouble solving the Czech defence and goaltending for a long stretch of the game, however their steady persistence eventually grinded out a 4-1 win, for a third consecutive gold medal.

The Canadian men, who had used their speed to dominate all tournament long, instead played cautiously against a potent Czech offence. This approach kept the Canadians close but trailing through the entire match until the final few minutes when they turned up the tempo and scored two quick goals to reclaim gold.

Congratulations go out to all of the teams who participated.

The emergence of stronger European nations competing in the WBHF WC were only part of the maturation of this 5-year old world federation. The WBHF’s clear path has been defined to lead the way in international competitions. In addition to this third 5vs5 WC, the WBHF has also held two 3vs3 and will launch the first ever 4vs4 WC in 2019. 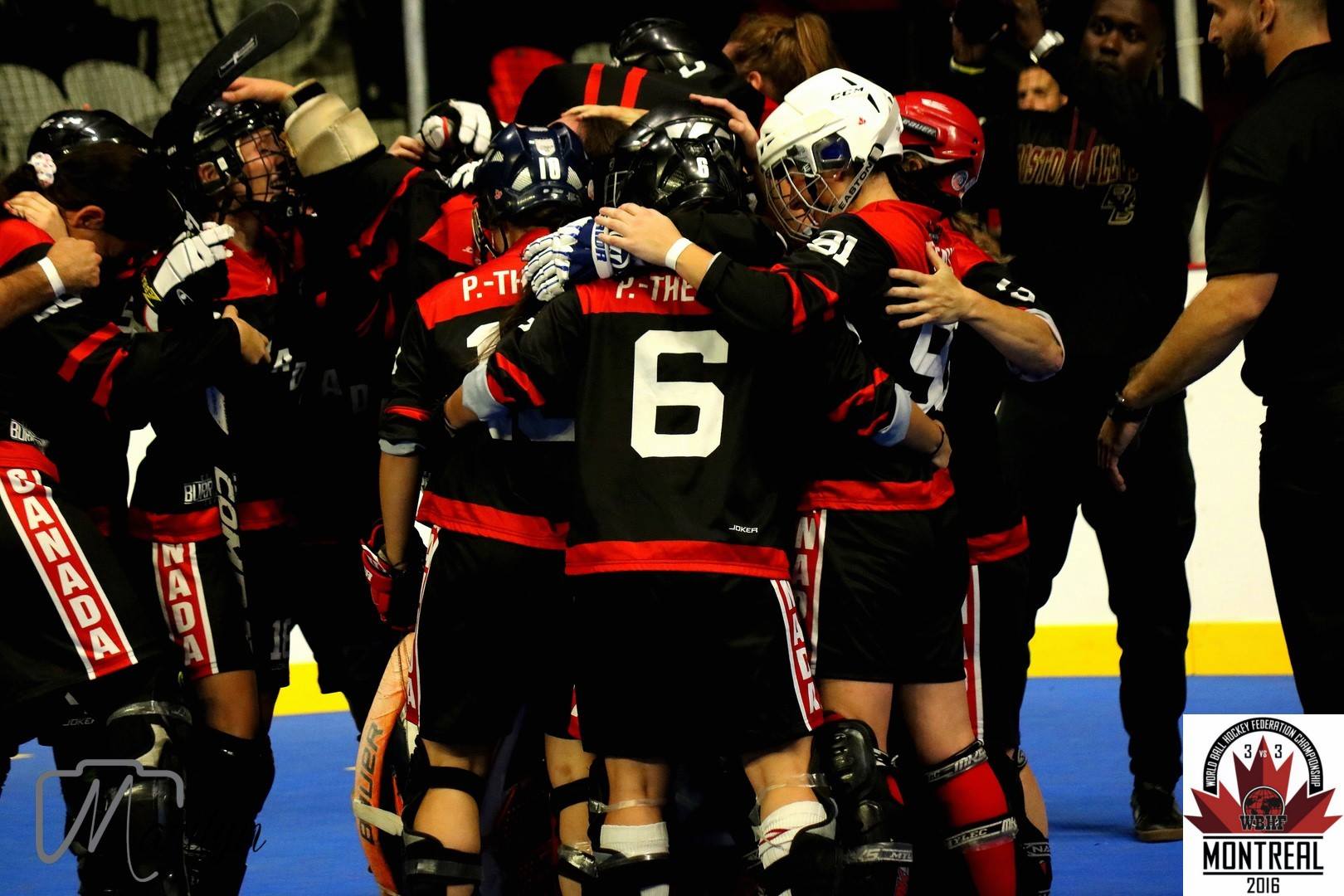